Our mission is to multiply disciples who will proclaim the gospel of Jesus Christ throughout our community.

Join us Sunday mornings at 10:30 AM for worship and studying God’s Word. Learn more about our church and meet others in our community. (You can also join us for Adult Bible Study before the service at 9:30 AM September-May).

When you walk through our doors, the first thing you’ll notice is the friendliness of our people.

It also won’t take long to notice the diversity of our community. As a suburb of New York City, our church enjoys the blessings of being ethnically, culturally, and generationally diverse.

The truth is, the best way to experience our church is to visit – so we look forward to seeing you on Sunday!

“Who is Jesus? What does the Bible say about Heaven and Hell? What is God like?”

To help you understand what we believe the Bible teaches on these topics, we’ve summarized our core beliefs here.

Join Us on Sundays!

Looking for a church community to call home?

Join us Sunday mornings at 11:00 AM for worship and studying God’s Word. Learn more about our church and meet others in our community. (You can also join us for Sunday School, Teen Chapel, and Adult Bible Study before the service at 10 AM).

Visit our Contact page to get directions, find other service times, or to contact us with questions today! 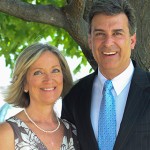 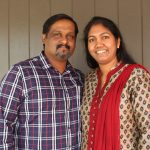 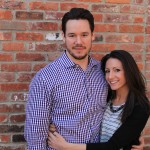 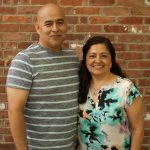 The History of Grace Baptist Church

In the mid 1900s, as public transportation became more accessible, people began to migrate from New York City to the communities of New Jersey. Housing developments sprang up to meet the growing need. During that time, a small group of Christians who lived in the township of Ramsey saw the need for a Bible-preaching church that could minister the gospel to the town’s growing population.

In 1957, Grace Baptist Church was formed and began holding services in rented facilities within the township. The church grew rapidly, and within a few short years the church purchased land on North Central Avenue in 1961 and a church building was constructed.

For more than 50 years Grace Baptist Church has not wavered from it’s original mission to minister the gospel to the people of Ramsey and the surrounding communities.